skip to main | skip to sidebar

Bent's Fort is located near La Junta, Colorado. It is a trading post along the Santa Fe Trail that was built in the 1830's by Charles and William Bent and Ceran St. Vrain. 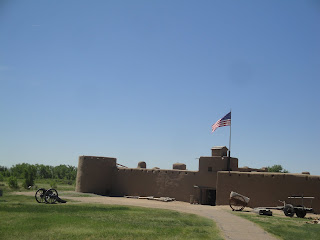 This was a very active and influential trading post that was visited by trappers, soldiers, traders, settlers and native Americans. At any given time, 6 or 7 languages were spoken at the fort. It was sturdily built and meant to last many years. Beside the traders and transients, there were 60 or so permanent residents and many visitors could enjoy the fine dining and conversation found at the fort. It was a place for cultural exchanges and a place where such luminaries of Manifest Destiny as Kit Carson and John C. Fremont would spend some time. 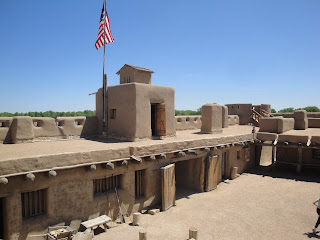 There are many school outings at the fort and the National Park Service has very good interactive sessions with local school kids. 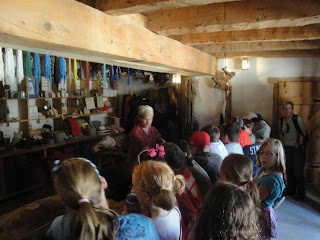 Charles Bent, the acting governer of New Mexico was killed in the Pueblo Revolt in 1847 and soon after his brother William moved to a new location. It is thought that he tried to burn the old fort to the ground before relocating. Thanks to detailed drawings by a Lt. James Abert, who passed time at the fort in 1845 and 1846, the fort was rebuilt to its original specifications in the 1970's. 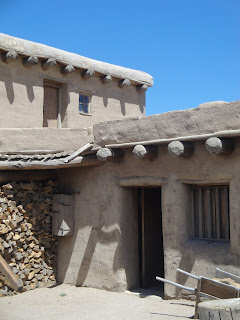 It really is a treat to be able to soak in some of the history and try to visualize what the west was like in the early days of our country.